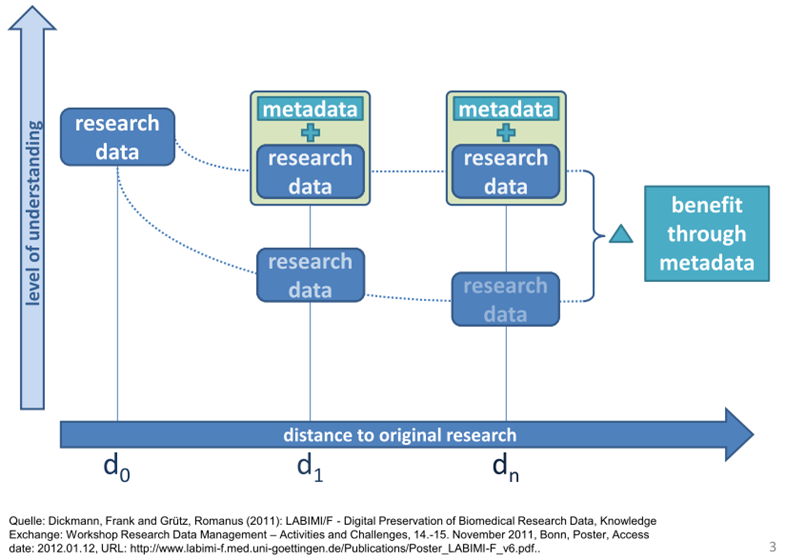 ICD-10 allows for country-specific subcodes. GM stands for German Modification, that means that the leading three character of every code are harmonized world-wide, the sub-classification is specific to Germany. The IMT parses for this pattern.

DRG (Diagnosis Related Groups) tries to find common groups for hospital cases depending on the primary diagnosis and procedures done. DRGs are also dependent on some demographic parameters, complications or comorbidities. Every DRG has a code, the code has a corresponding value in Euro that is paid by the health insurance indifferent of the expenses the hospital invested in the case (claims data).

ICD-O stands for International Classification of Diseases for Oncology an as the name suggests, it is an extension of ICD to better represent oncological diseases. It is often used in epidemiolgical cancer registries.

The TNM Classification of Malignant Tumours is a system to describe size, spread to lymph nodes and metastasis for solid tumors in oncology.

MedDRA is not free to use but one has to buy a licence. Therefore, it can't be included in the IMT by default. 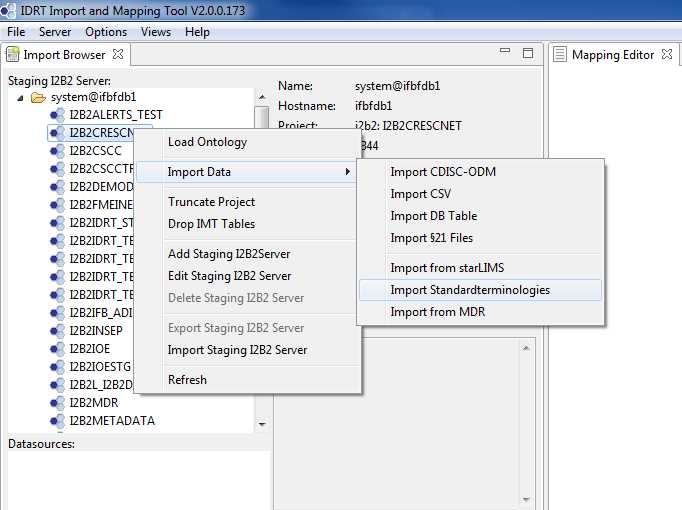 Standard terminologies have no use on their own. If you don't have clinical data coded with a certain terminology, it's useless to import them.

The primary usage scenario is when you have data elements like admission diagnosis coded in ICD-10 or lab results coded in LOINC. Without an underlying terminology, you would have a very large lists of i2b2 leafs each representing one code. That is hard to handle for the user because of the sheer size, but also because nobody knows what all the codes stand for. Selecting all neoplasms for an i2b2 query, for instance, would mean to search and select about 150 terms.

With the help of the ontology editing capabilities of the IMT, it's possible to replace this large list of codes with the convenient hierarchical structure of the terminology. 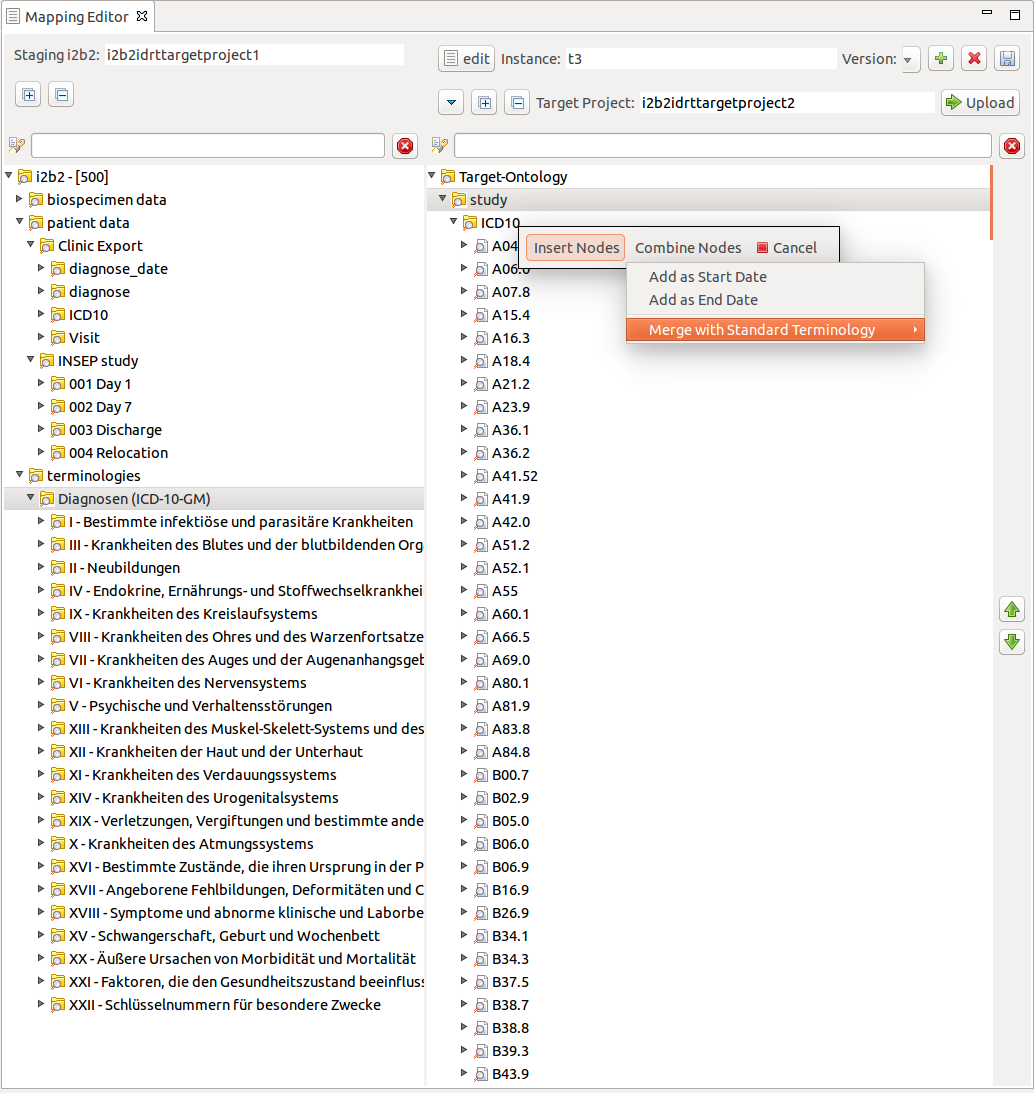 This detailed example is part of Edit i2b2 Ontology >> Merging items with terminologies..