'Query Tool' is the main panel in which users construct, refine, and submit i2b2 queries. 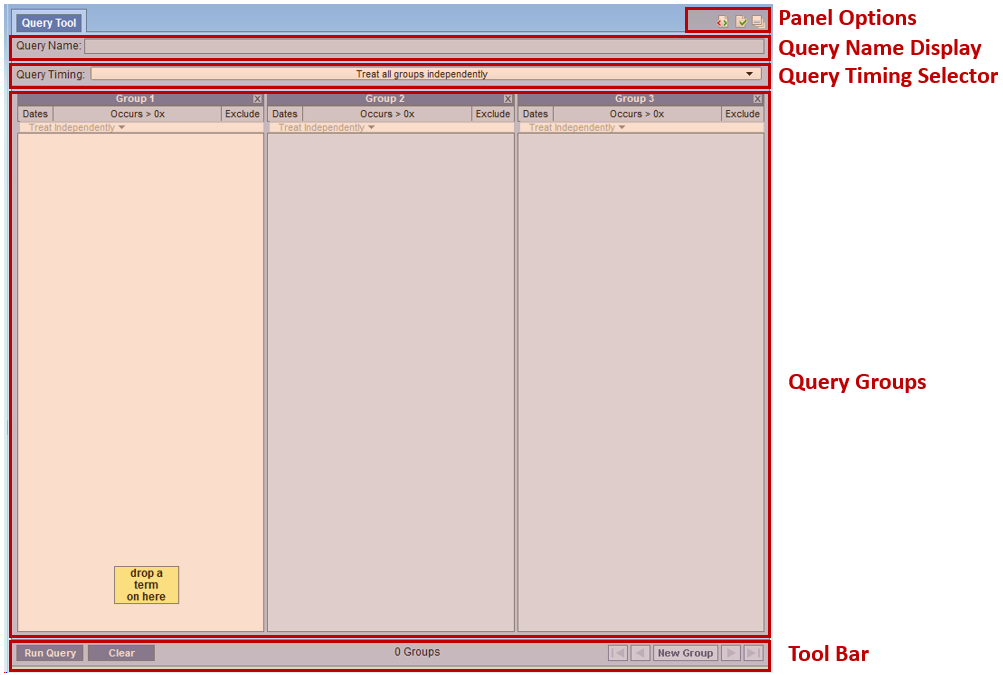 Users can drag the following i2b2 items into the Query Groups to construct queries.

3.2.1 Operators and Order of Precedence

The i2b2 items are combined using boolean operators AND and OR. Items within each Group are first ORed together. The Groups then are ANDed together. This means each i2b2 query is a an AND of ORs.

Example 1 (AND): This query finds patients with Acute Myocardial Infarction AND Angina Pectoris. 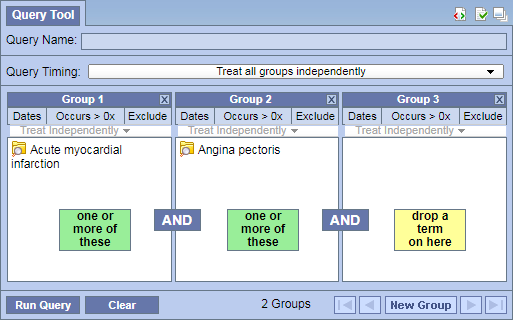 Example 2 (OR): This query finds patients with Acute Myocardial Infarction OR Angina Pectoris. 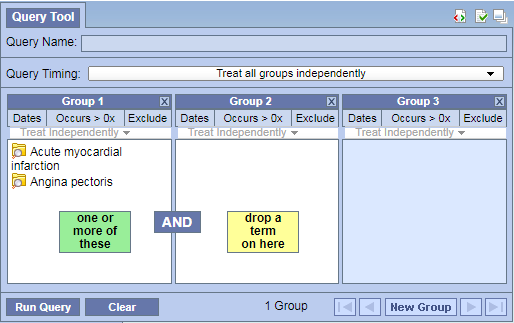 Example 3 (AND or ORs): This query finds patients with (Acute Myocardial Infarction OR Angina Pectoris) AND who are male. 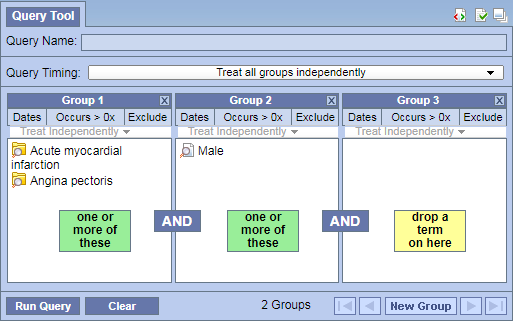