A common problem while integrating data sets from heterogenes heterogeneous sources in a Data Warehouse is to provide a mapping of data not only on a syntactical level, but also on a semantical level. In i2b2, every instance of an observation_fact has an association to an instance of a concept in concept_dimension. i2b2 concepts are rather straightforward. From a terminologcal terminological perspective, they mainly consist of an identifier and a label. Furthermore, concepts are arranged hierarchically by a broader/narrower relation. In particular, there is no attribute defining the meaning of a concept. So, if there is exists a concept "gender" in a clinical trial and a second concept "gender" in a registry, there is no way of recognizing whether they are equivalent or equals, in . In fact, in from i2b2's perspective, they are as much different as any other concept is. 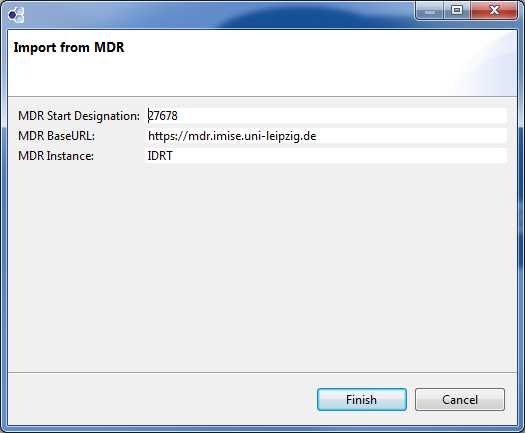