You will also need root or superuser access to run this install.

If you are not familiar with Docker

Getting started with Docker

Our public Dockerhub repository page is here: ACT On this page you will find abridged instructions on how to run this image into a container on your local host.

Download this script: launcher  This script is a helper that will prompt for parameters that are unique to your site. Then the script will execute a Docker run with these parameters.

Pull the Docker image by:

Run the launcher script that you downloaded in Step 1.

The script will now prompt you for your i2b2 domain. Enter it here.

The script will now prompt you for your PM cell URL. Enter it here.

The script will now build the ACT image, and run the ACT container.  All outputs of these commands can be found in ACTStart.log

Verify the ACT Web Client is running by going to http://your_hostname:5001 in a browser. 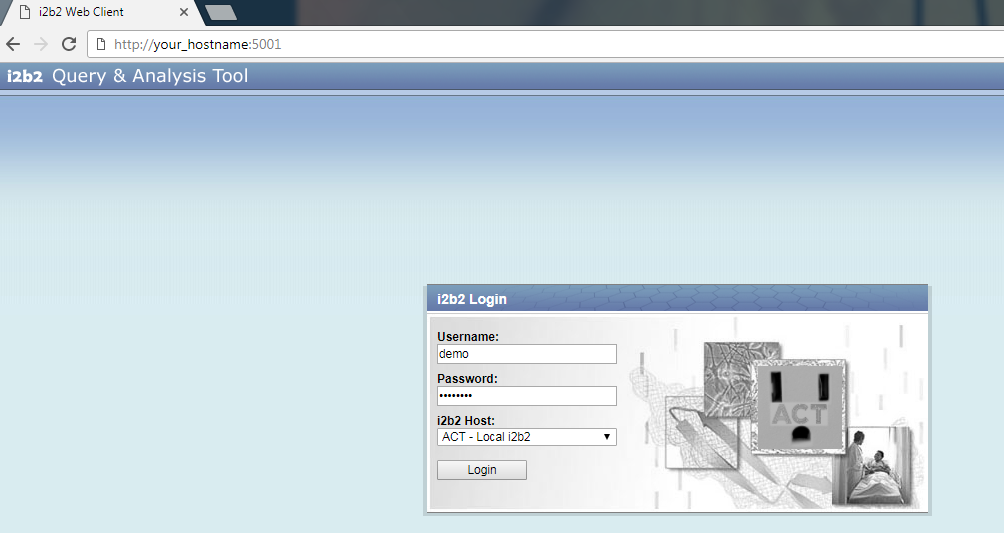 If there are any issues, go to http://your_hostname:5001/ACT_requirements.php

You have completed all the steps! Here are some helpful Docker commands:

To run a container based on the act image, type in docker run --name [anyname] -d -p [hostPort:80] name of image]
In the exmaple beow we have started two ACT containers running at the same time

Here are the two containers' URLs running at the same time! Note the port numbers. 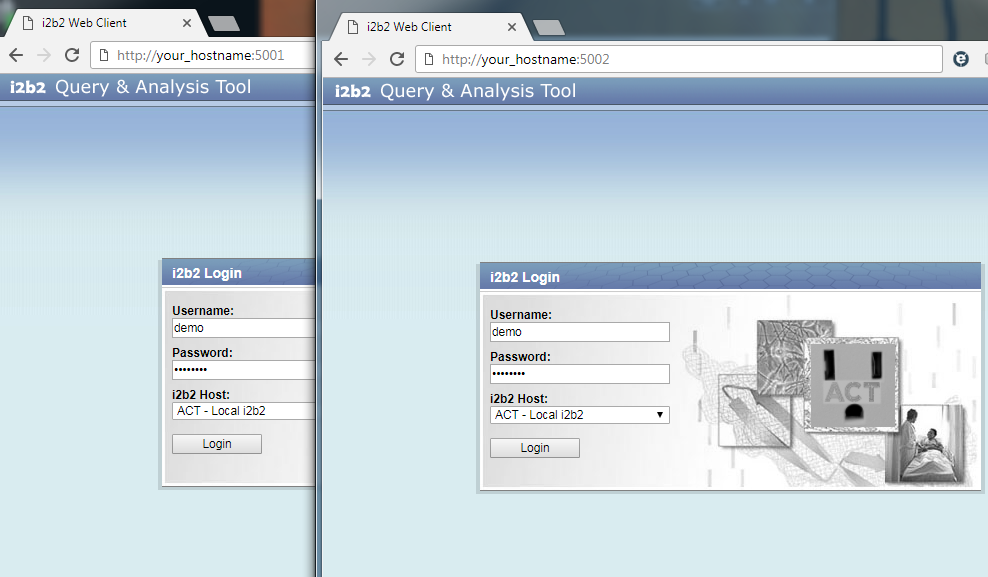 To get a list of running containers type in: docker container ls