The Query Tool is the main panel through which users construct, refine, and submit i2b2 queries. 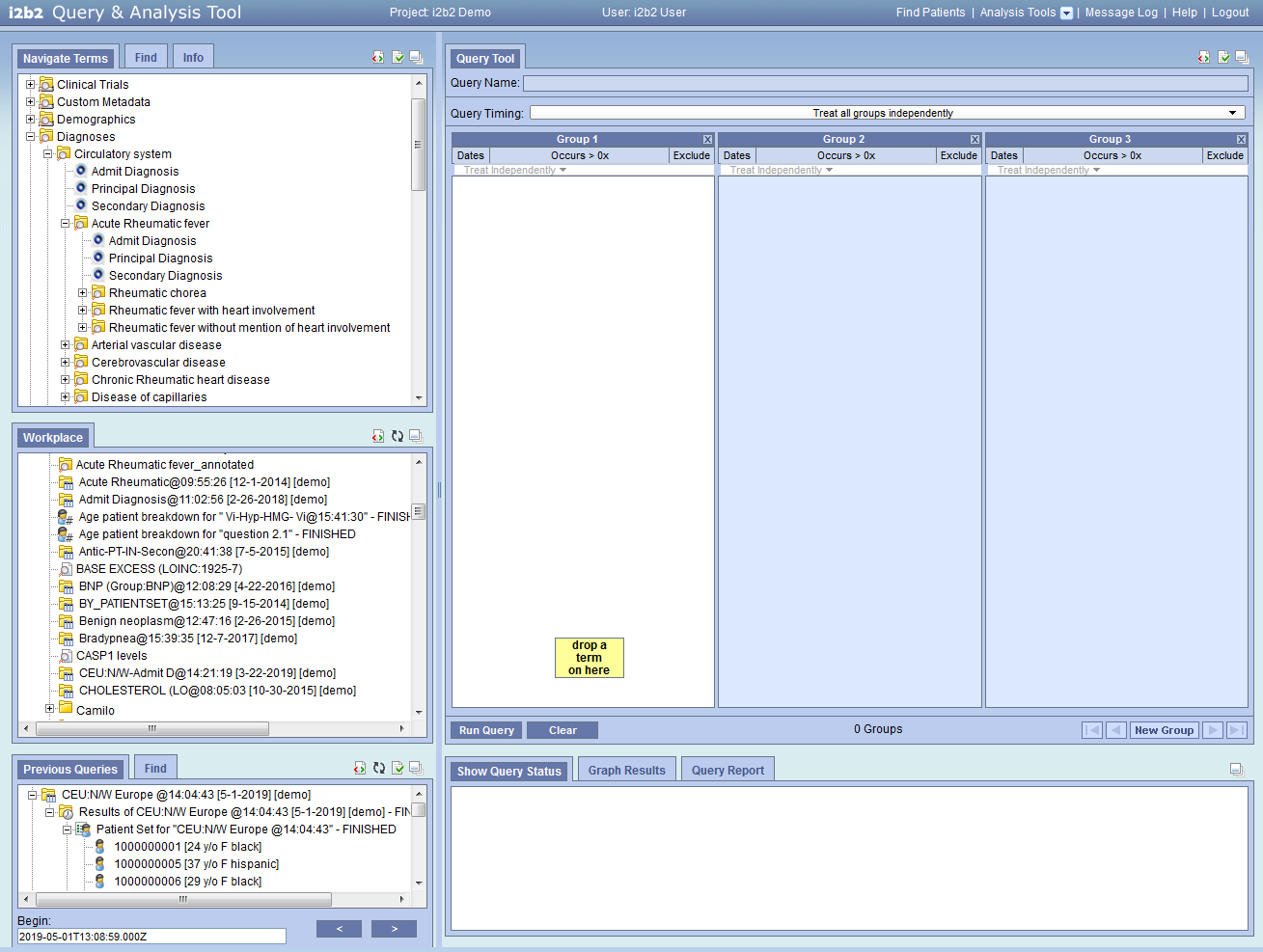